The premiere of Red Skelton's new one-hour show was a tour-de-force for Harpo, who was on camera almost as much as Skelton. In an extended sketch, he's Red's inept guardian angel, and plays his own composition, "Guardian Angels," in a solo harp spot. Harpo and Red also play World War I soldiers on opposite sides of the battlefield in a pantomime segment that Variety called, "both funny and touching." 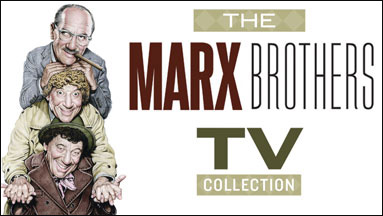