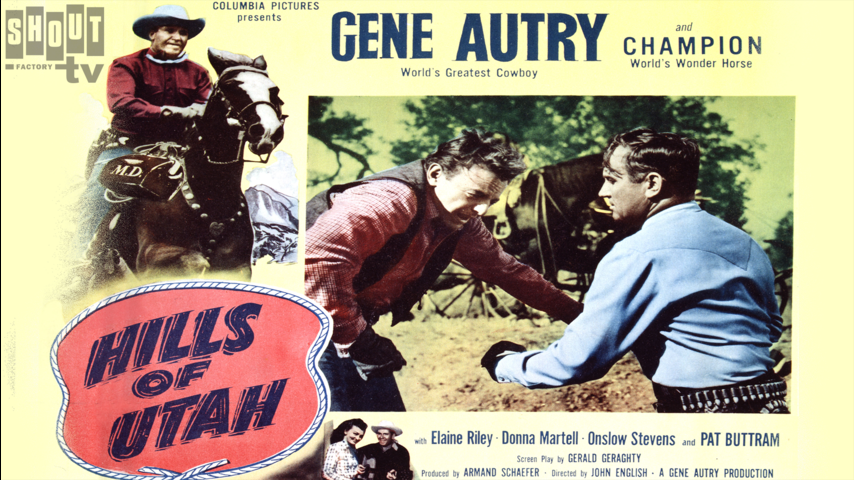 Gene Autry returns to the town where his father was murdered and finds a mine owner and cattleman feuding. Things get complicated when a boy dies and the mine owner comes gunning for Gene. 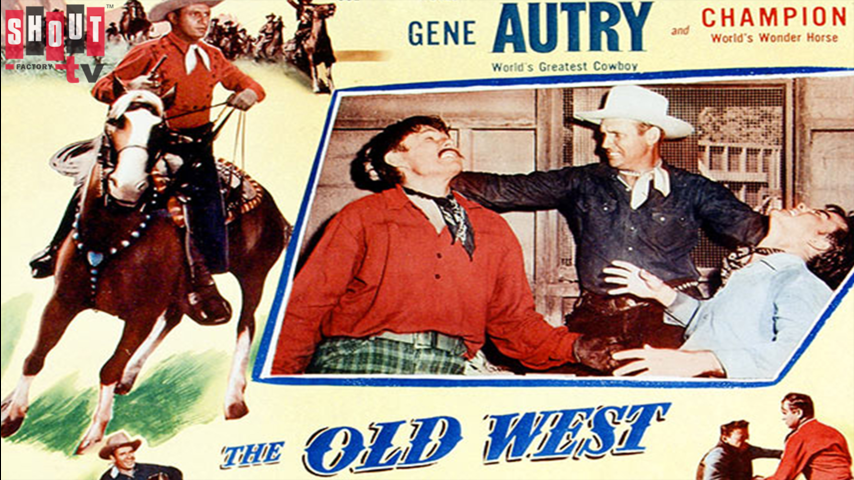 Gene Autry tames and sells wild horses to a stagecoach line. His only competitor ambushes and shoots Gene, who is nursed back to health. A wild stagecoach race to test Gene's horses is arranged. 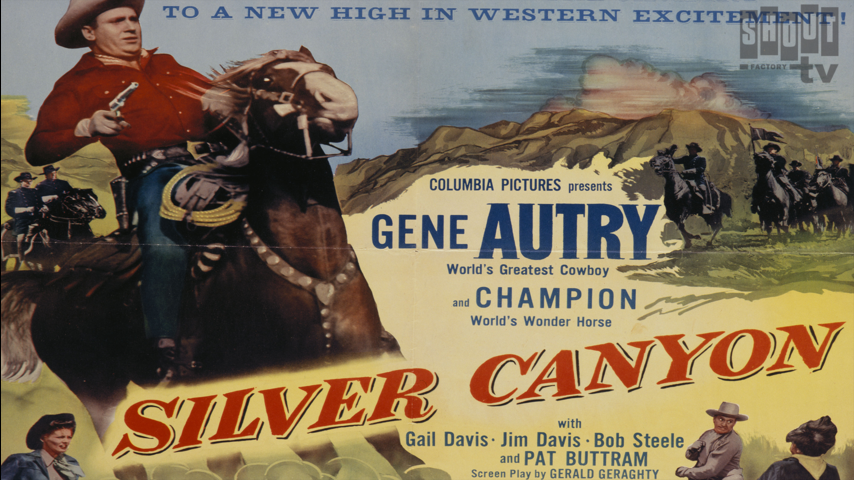 Gene Autry and Pat Buttram are sent by the cavalry to bring in raiders who are interfering with supply lines. Gene traces them to a small Army outpost where the outlaws set out to ravage the town. 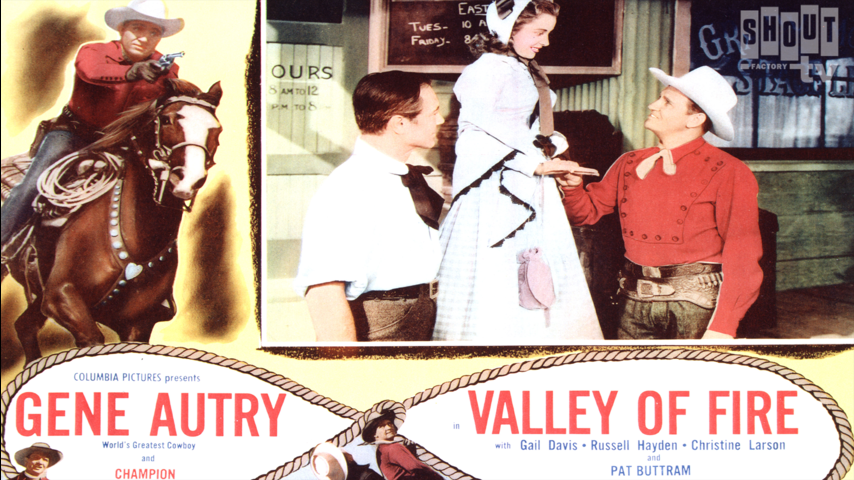 Gene Autry is the new mayor of a lawless town. He has to rid the town of its gambling king and to import a group of gals to settle the men. Gene must out-gun renegades who want to kidnap the gals. 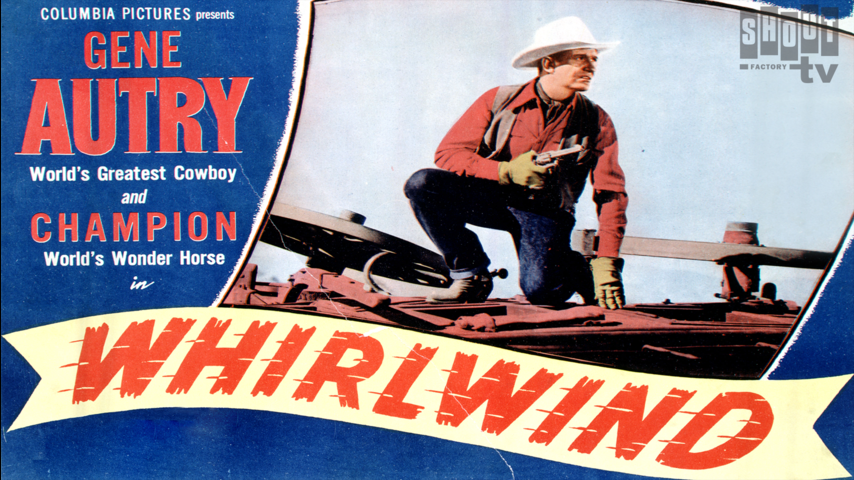 Gene Autry arrives in Red Bluff to work on the investigation of mail robberies. U.S. Bonds are stolen, and Smiley finds burned fragments of them. A henchman confesses who the guilty party is. Beyond The Purple Hills 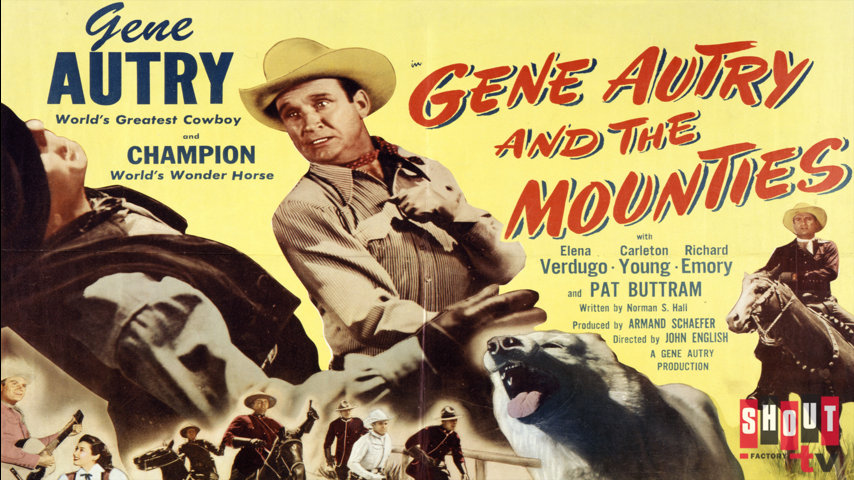 Gene Autry And The Mounties

Gene Autry is a marshal on a manhunt trying to recover U.S. gold stolen by Canadians who want to overthrow their government. Pursuing the bandits into the woods, Gene tries to recover the stolen gold! 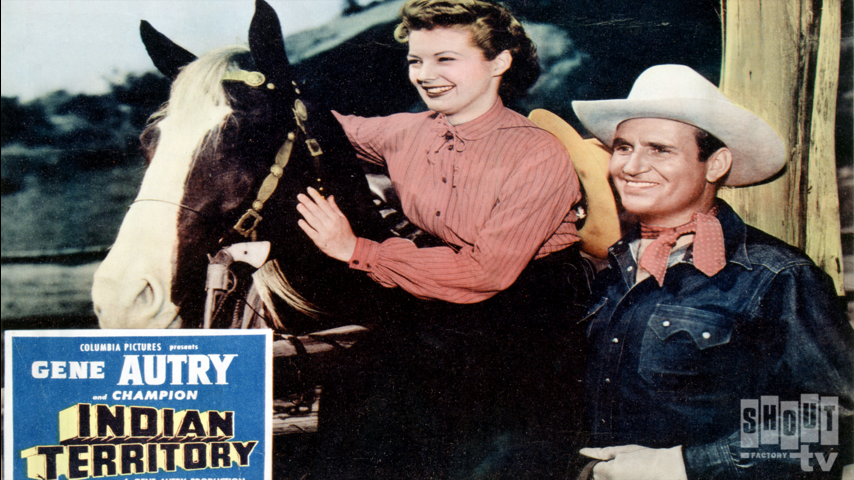 Following the Civil War, Cavalry Sergeant Gene Autry is sent to break up a series of Indian raids upon settlers, led by a renegade Austrian, who wishes to use the Indians to build an empire. 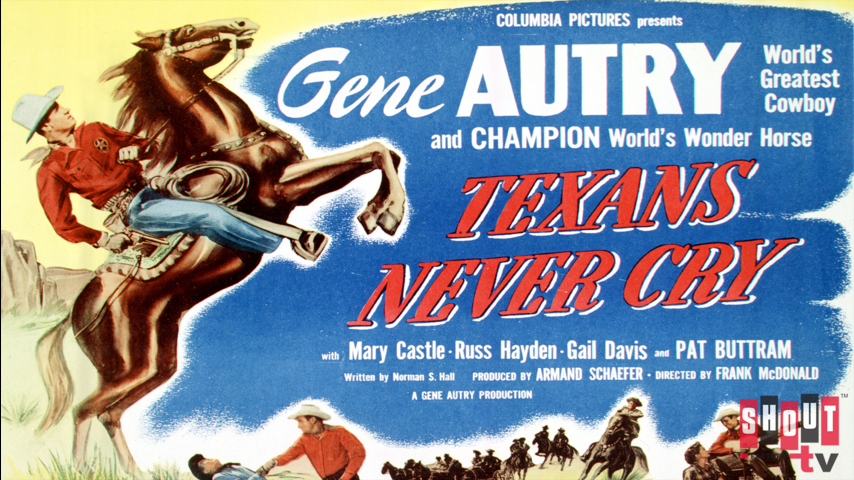 Gene Autry learns that a family’s money was used to buy counterfeit Mexican lottery tickets, and he has to track down the counterfeiters. Gene faces long odds when a killer comes to do away with him. 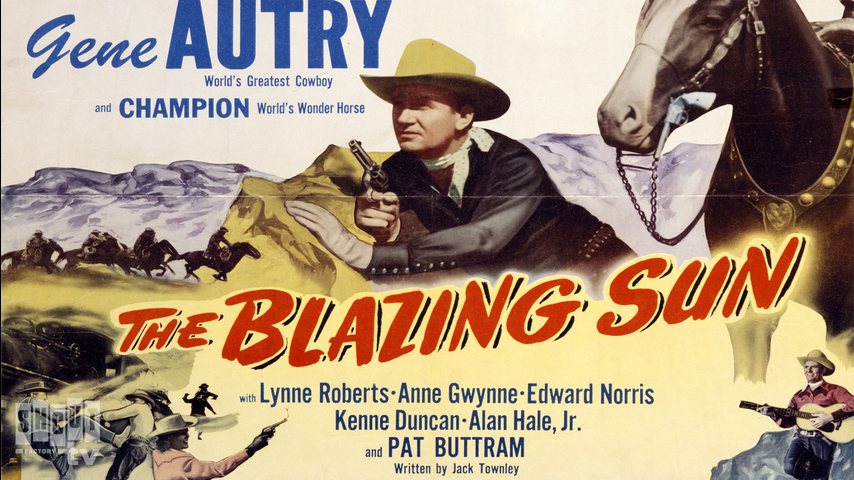 Gene Autry and pal Mike hunt bank robbers Al Bartlett and Trot Lucas. To throw off his pursuers, Bartlett kills his own twin brother and Lucas hoping that Gene and the Sheriff will believe him dead.