Writer/producer/director Garry Marshall (who passed away in 2016) created and/or developed some of television’s most popular shows including: The Odd Couple, Happy Days, Laverne & Shirley, Mork & Mindy, and others. In tribute to this multi-hyphenate talent (who also enjoyed a successful feature film career with movies like Pretty Woman and The Princess Diaries, both of which he directed), Then Again with Herbie J Pilato presents a special episode with actress Marion Ross (Mrs. C. from Happy Days), Eddie Mekka (Carmine, “The Big Ragu,” from Laverne & Shirley), Deborah Pratt (Days’ Kat Mandu), and Days and L&S writer/supervising producer Fred Fox, Jr. – along with a special call-in appearance by “Shirley” herself: Cindy Williams. “Schmiel! Schmazel!” Be sure to watch this very Happy return to the nostalgic television past! 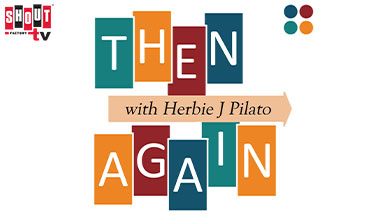