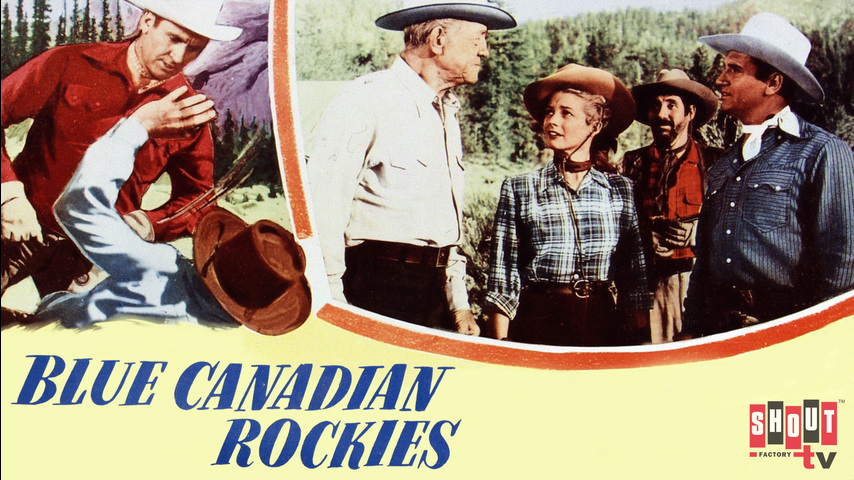 Gene Autry encounters mayhem on a dude ranch in the heart of timber country. When a Mountie is murdered, Gene and Pat Buttram must find the real culprit and bring peace to the Blue Canadian Rockies. 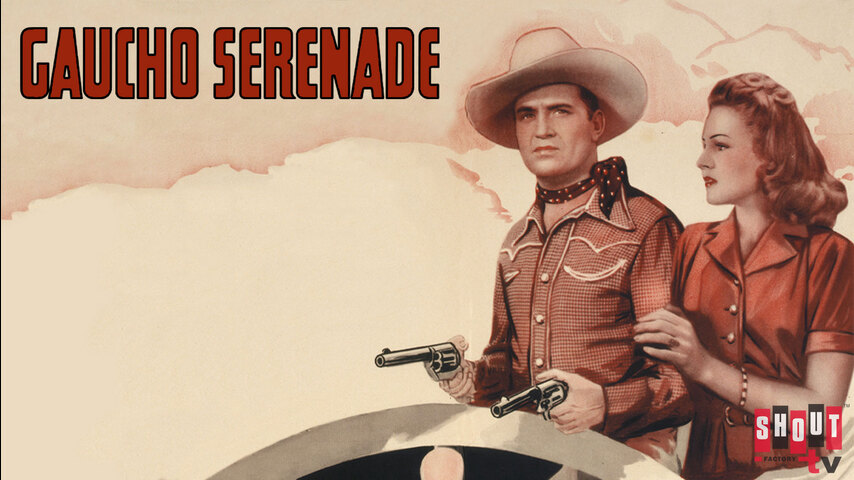 A case of mistaken identity sends ex-rodeo stars, Gene and Frog, on a rip-roaring, cross-country trek as they help a small boy evade gangsters responsible for the false imprisonment of his father. 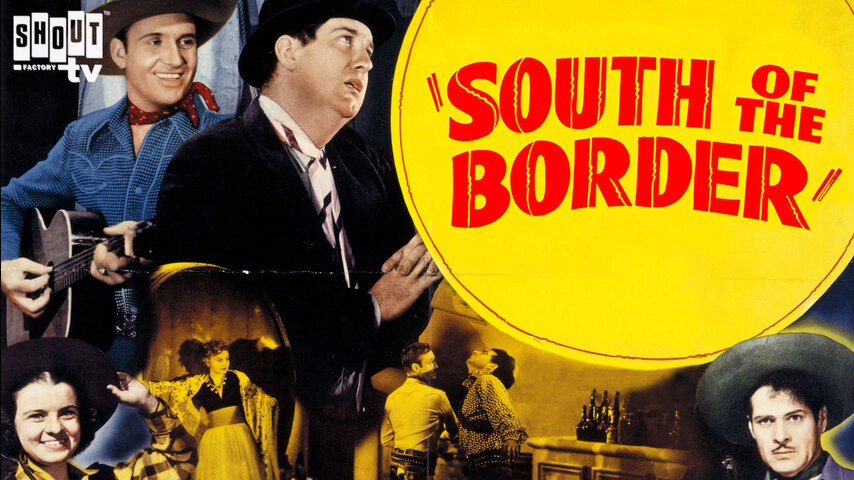 South Of The Border

On the eve of World War II, Federal agents Gene Autry and Frog Millhouse journey to Mexico to help foil the plans of foreign spies attempting to gain control of Mexican oil fields. 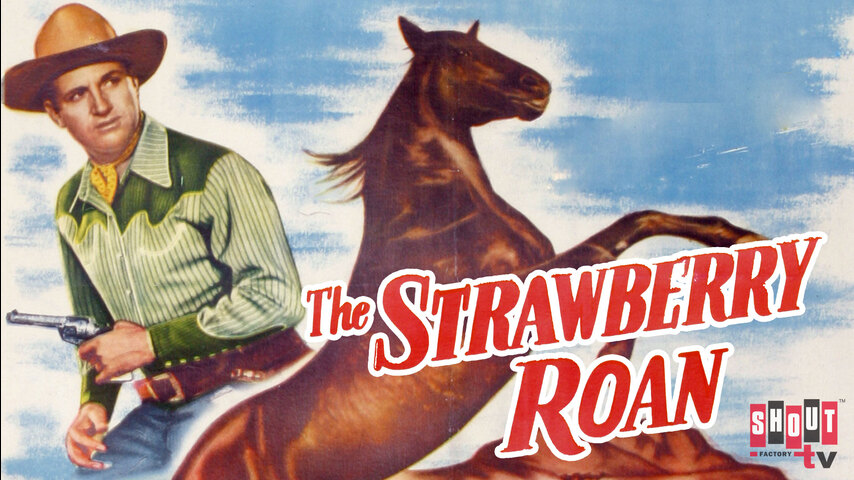 Gene Autry's first color picture. Champion stars as a wild stallion who becomes a legend of the West. Pursued by a gun-crazed posse, it takes a two-fisted cowboy to win justice for the noble animal. 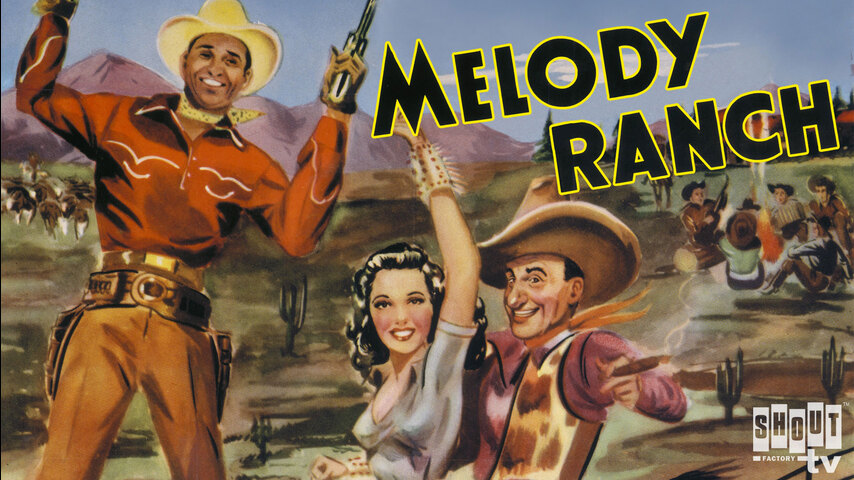 Radio star Gene Autry visits his hometown as guest of honor for their Frontier Days Celebration. He encounters his childhood enemies who are now the local gangsters. Gene decides to clean up the town. 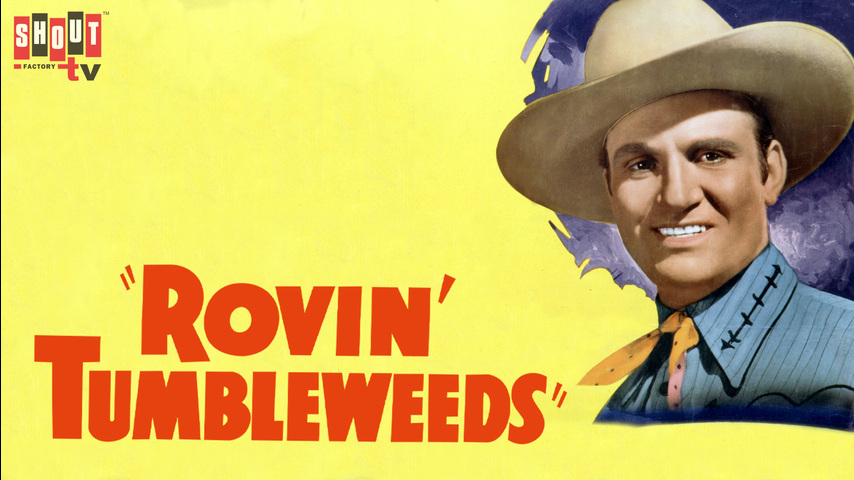 Rancher Gene Autry takes a job singing on the radio to aid farmers and ranchers whose lands were destroyed by raging floods. His radio popularity propels him into politics and he is elected to Congress. Blaming crooked politicians for the disaster, Gene tries to put through a flood control bill and finds he has a lot to learn. Gene sings "Ole Peaceful River," "Away Out Yonder," "Paradise in the Moonlight," and "A Girl Like You." Gene and the Pals of the Golden West sing "Back in the Saddle Again." Smiley Burnette and the Pals of the Golden West sing "On the Sunny Side of the Cell" and "Rockie Mountain Express." Smiley sings "Hurray." 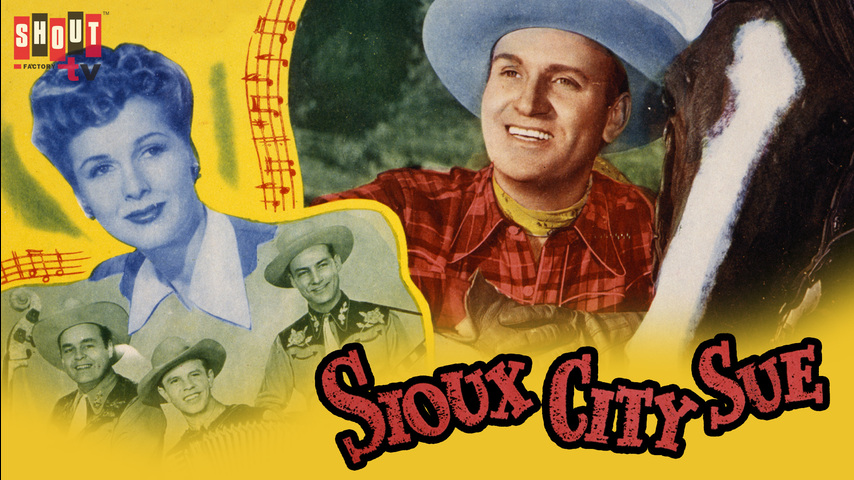 Gene trades in his wings for a pair of spurs in his first movie after returning from World War II. To get his ranch out of dire financial straits, Gene reluctantly goes to Hollywood to make a movie. But his real troubles begin on his return when everyone finds out he's the voice of Ding Dong the animated singing donkey, and his nemesis tries to drive him to ruin. Lynne Robert is Gene's leading lady, Sterling Holloway brings the comic relief, and the Cass County Boys make their film debut providing the music. Gene sings "Oklahoma Hills," "Someday You'll Want Me to Want You," "Old Chisholm Trail," and "Ridin' Double." Gene and the Cass County Boys sing "Sioux City Sue," and "Yours" The Cass County Boys sing "Great Grand Dad." 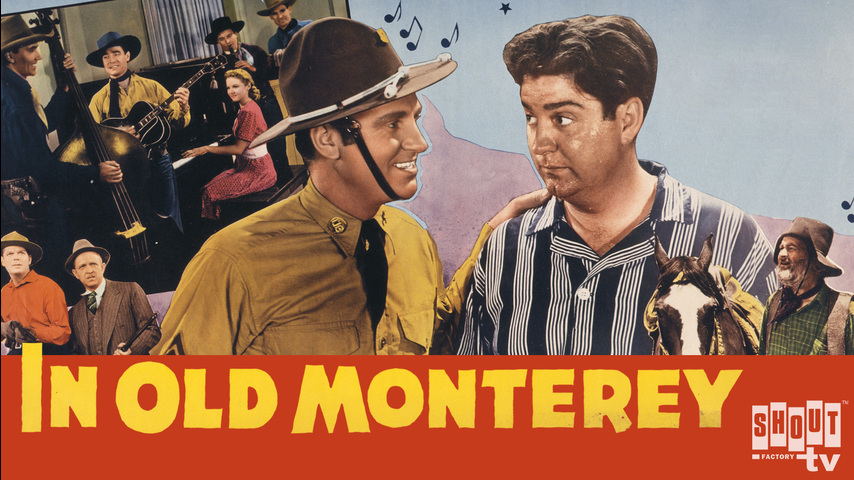 Sergeant Gene Autry, formerly a rancher, pretends to quit the Army to persuade stubborn ranchers to sell their land to the government for a military proving ground for the Army Air Corps. Gene discovers that unscrupulous men who own a borax mine nearby are keeping the ranchers stirred up in hopes that the government will grow weary of the dealings and pay a much higher price to the mine owners for their land instead. Gene sings "It Happened in Monterey," "Born in the Saddle," and "Little Pardner." Gene and the Hoosier Hot Shots sing "My Buddy." The Hoosier Hot Shots sing "Virginia Blues" and with Smiley Burnette sing "It Looks Like Rain." Gene and the Ranch Boys sing "Tumbling Tumbleweeds." George "Gabby" Hayes and others sing "Columbia the Gem of the Ocean." Gene Autry and June Storey singing “Vacant Chair.” 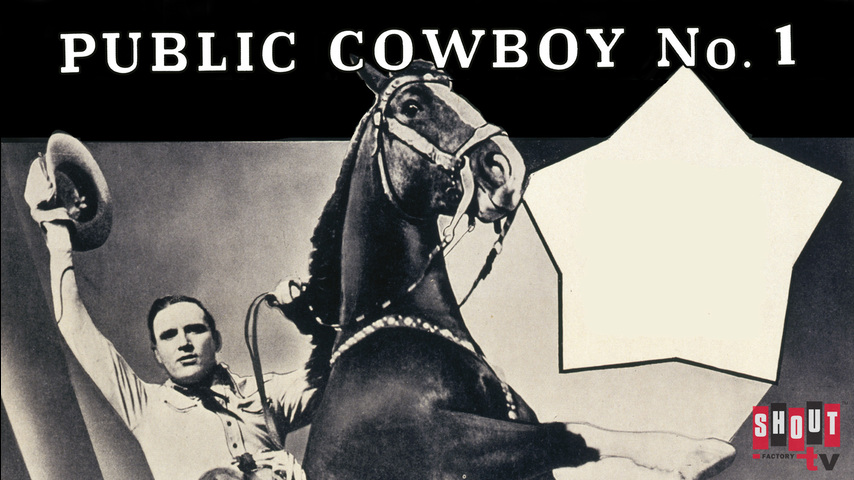 Gene Autry’s tried-and-true crime-fighting methods are put to the test when cattle rustlers employ modern technology—including refrigerated trucks, planes, and two-way radios—in Public Cowboy No. 1. Things get worse when the local newspaper gal’s scathing editorials bash Gene’s old-fashioned methods and demand the locals call in “progressive” big city detectives. It’s up to Gene and his horse Champion, along with pal Frog Millhouse, to prove that the Western straight-shooting methods of dealing with crime still hold true! Gene sings "The West Ain't What it Used to Be", "I Picked Up the Trail to Your Heart", "Old Buck-A-Roo" and with Smiley Burnette sings "Wanderers." Smiley sings "Heebie Jeebie Blues" and "Defective Detective from Brooklyn." 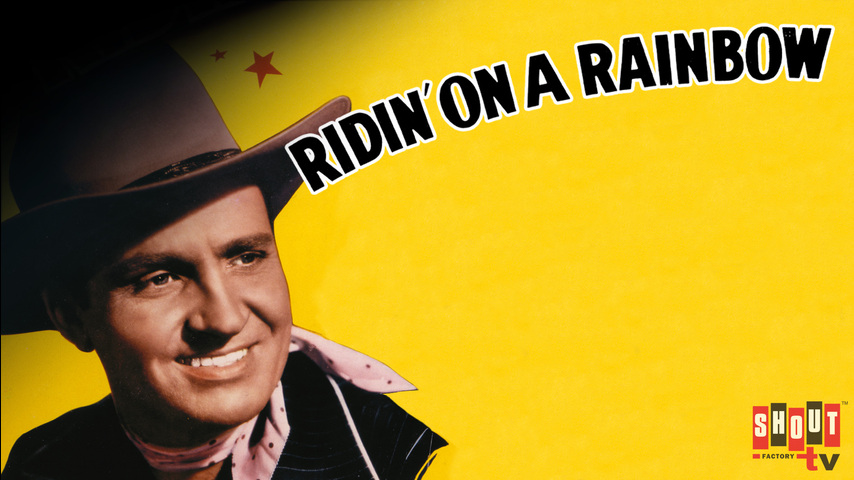 Ridin’ On A Rainbow

Assisting in the search for murderous bank robbers, rancher Gene Autry goes undercover as a showboat entertainer to capture the crooks and recover the money. Gene befriends the young singer, Patsy, who is key to the investigation. Action-packed from ship to shore, the film's showstopping musical numbers included Gene's performance of "Be Honest With Me," which was nominated for the Academy Award for Best Song of 1941. Gene Autry also sings "Ridin' On A Rainbow" and with Smiley Burnette sings "Hunky Dunky Dory" and "Steamboat Bill." Gene and Mary Lee sing "Carry Me Back to the Lone Prairie." Mary Lee also sings "Sing a Song of Laughter," "What's Your Favorite Holiday," and "I'm the Only Lonely One."